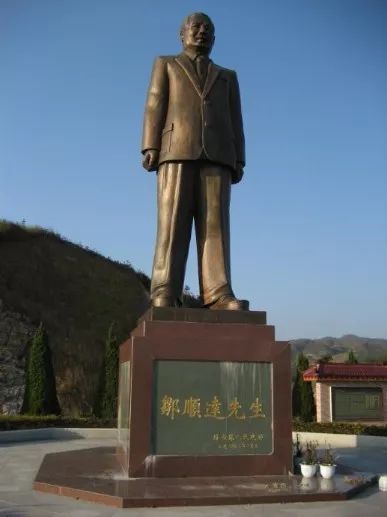 Mr. Zou Shunda is upright, kind and charitable. He enthusiastically supports various social welfare undertakings in his hometown and makes selfless dedication, donating nearly 6 million yuan. Also Ze and neighbors. In his hometown, Dayang, he donated funds to set up schools and other public welfare undertakings. He repaired 5 kilometers of roads in Anyang Village, Xitian Township, and 14 kilometers of roads from Dayang to Baxiang Town, Fengshun County, and donated funds for the construction of public welfare undertakings for Wujingfu and Dayang. Mr. Zou Shunda's charitable deeds are well-recognized.

However, just as Mr. Zou was ambitious to rewrite the story of Yugong Yishan, he fell ill, and eventually he was treated ineffective, and unfortunately passed away in June 2001. Hearing the news of his death, almost everyone in Dayang Township cried.

Zou Shunda’s investment in Dayang does not seek economic returns. He once said affectionately to local officials and villagers that investing in Dayang will definitely not make money. To make money, I will make money in other places. For the benefit of the villagers, I will invest in Dayang at a loss. I'm done. He also stated many times during his lifetime that Dayang belongs to the folks, and he would like to work with them to build Dayang into a world-renowned resort.

In 2000, Zou Shunda sent a letter to the Chinese Embassy in Malaysia, expressing the feelings of homesickness for my son, and said in the letter that I am a Malaysian national, but I am also a descendant of China. A beautiful hometown is my wish for the rest of my life. I want to bring the experience of operating abroad for decades to my hometown, and trigger the villagers to seek wealth and get rid of poverty. I also want to bring back all the money I have earned for decades outside to build my hometown and let the villagers embark on the road to prosperity. Youzi Xiangyi, touching heart and lungs.

He has made great contributions to the economic and social development of Jieyang City.

In order to commemorate Mr. Zou Shunda, people of insight at home and abroad and the people of Dayang Township worked together to build the "Shunda Park" in the Dayang Tourism Resort. The People's Government of Jiexi County specially cast a bronze statue for him for visitors to admire.